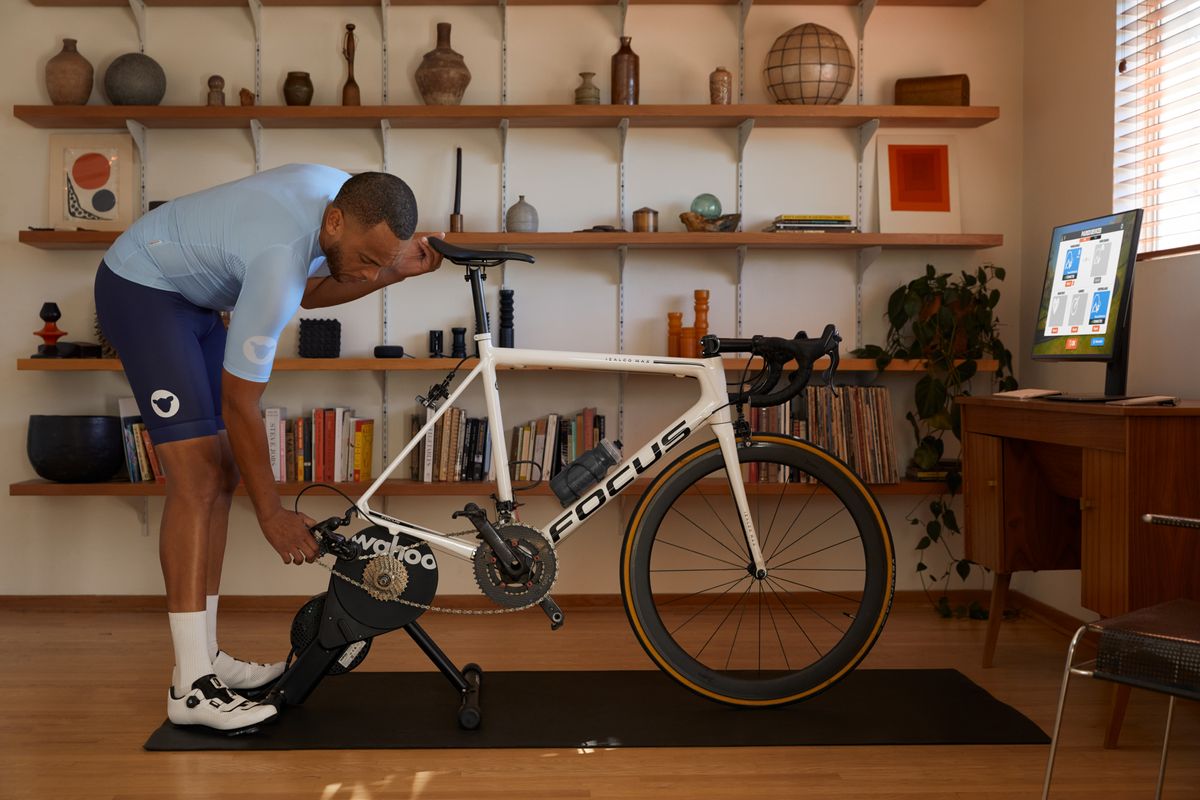 Wahoo Fitness has this week dismissed its patent infringement lawsuit against competitor indoor trainer brand, JetBlack, while doubling down on a related case against Zwift.

On October 3, Wahoo filed suit against both companies for what it claims to be an infringement of patents related to its Kickr range of smart turbo trainers.

The case against Zwift was submitted in relation to the Zwift Hub; a new smart trainer announced a few weeks prior, on September 6. Documents filed in the United States District Court for the District of Delaware showed that Wahoo believes that Zwift has infringed on three patents, specifically those numbered 10,046,222, 10,933,290, and 11,090,542.

Concurrently, a case against JetBlack was also filed for a claimed infringement of the same patents, relating to the brand’s Volt trainer.

In making the Hub, Zwift originally planned to design its own trainer and smart bike, but was forced to cancel the project with a round of layoffs due to an unexpected softening of the indoor cycling market following the pandemic boom. Eventually, Zwift licensed the design of the existing budget-friendly smart indoor trainer, the JetBlack Volt, making a few small changes to affect compatibility and durability.

However, what’s notable here is that the JetBlack Volt had been already been on sale for two years prior to the lawsuit’s filing.

More notably, the Zwift Hub went on sale to the public on the same day the lawsuit was filed, on October 3, at a price that undercuts the Kickr Core by more than 40%. It’s widely assumed that this triggered Wahoo’s actions, and that the JetBlack case was simply collateral damage swept up with the main target.

Further evidence to this comes today as, according to a report by DC Rainmaker, the case against JetBlack has now been ‘voluntarily dismissed, with no confirmation of what, if any, settlement was made. This comes alongside the continued pursuit of the case against Zwift.

The Zwift Hub is a direct competitor to Wahoo’s Kickr Core, bearing similar top-level specs such as an 1800-watt maximum resistance and 2% accuracy. They also look similar, with a drivewheel and flywheel positioned in similar positions, with two diagonal legs extending downward to horizontal unfoldable ‘feet’.

In the weeks since the patent was originally filed, Zwift has denied all counts of infringement. As a result, a timeline of events have been set out, which will culminate in a hearing on April 11, 2023, at 9 AM, presuming no settlement, dismissal, or applications for extension occur beforehand.

The news comes on a day when more layoffs have been rumoured, this time on Wahoo’s side, marking the brand’s second round of job losses in 12 months, suggesting the market is continuing to struggle in the current economic climate.

May I Please Introduce You To… the 2023 FSA Directeur Sportif Competition?

Arsenal sign one midfielder, but lose two along the way

Young Woman And The Sea – BionicOldGuy

‘So out of touch it defies belief’ – Backlash as British...

No day for favourites as Michael Matthews misses out in Cadel...