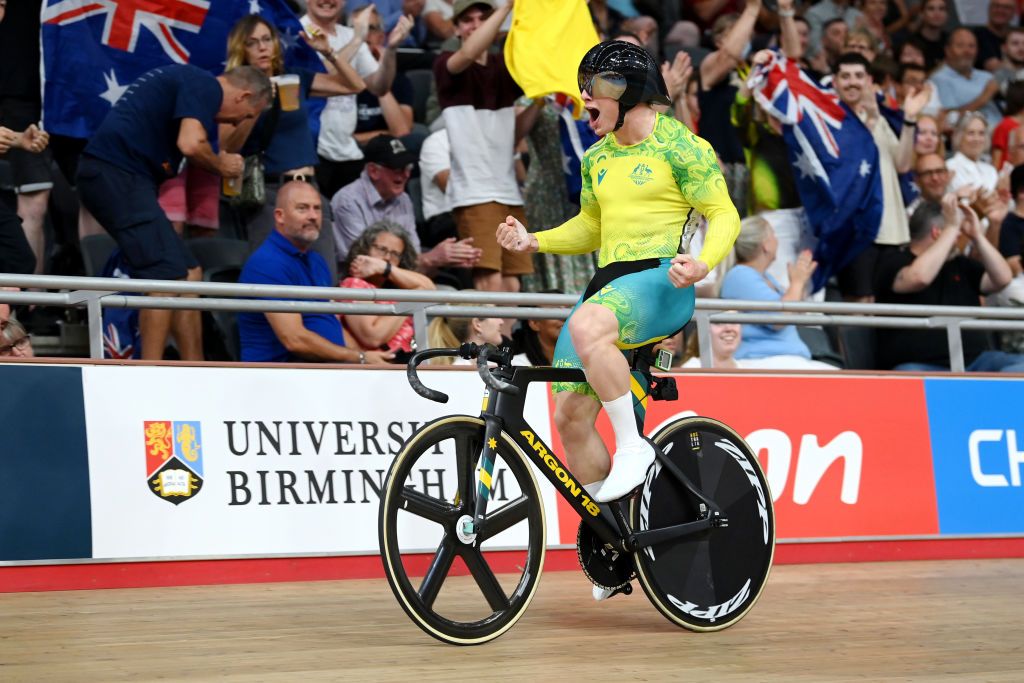 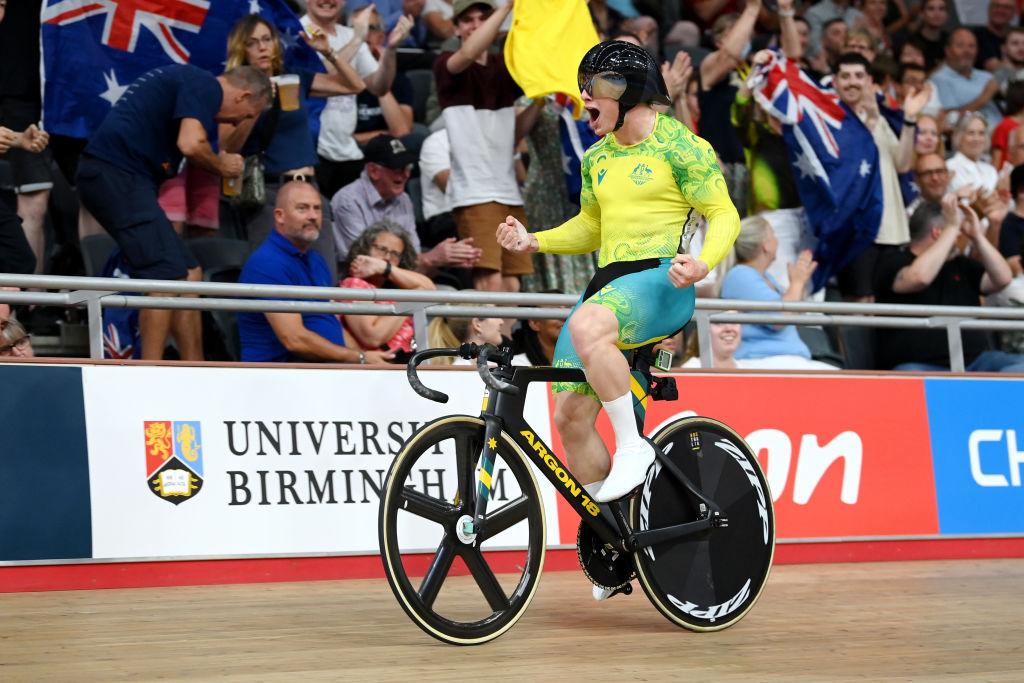 Australia’s Matthew Richardson has edged ahead in the UCI Track Champions League men’s sprint category but the fight for overall victory looks set to go down to the wire.

Richardson moved ahead overall of archrival Harrie Lavreysen thanks to a win in the keirin category, only to see his five point margin shrink to just two points as Lavreysen bounced back with a triumph in the individual sprint.

The last round of the Track Champions League in London on Saturday evening will therefore decide the winner overall. But on Friday Richardson came away pleased with repeating his keirin victory in last week’s Saint-Quentin-en-Yvelines round in the teeth of some ferocious opposition.

“It was pretty simple. Harrie was pretty cagey up front. I just waited until the move came from behind and gave it a really good kick to get to the front, left my final acceleration with a lap to go and managed to hold on,” Richardson said afterwards.

However, Lavreysen later managed to follow up his own victory in France in the men’s sprint final with a repeat triumph in the British capital. And once again, Richardson was the man for Lavreysen to beat.

“I felt good, Matthew went first,” Lavereysen told reporters.  “I didn’t expect it but I thought if he’s not going to do it, I don’t want to do it either.”

“He had a really good tactic, it was really hard. But I just made it over the finish line.”

Lavreysen said he was going to rest up as best he could prior to the Saturday showdown: “I’m going to recover as well as possible, lay in bed all day. Then I just go race by race. There’s still only two points, anything can happen.”

While the men’s sprint still hangs in the balance, another hotly disputed category, the women’s endurance, has seen league leader Jennifer Valente (USA) put some vital distance between herself and key challenger Katie Archibald (GB).

A second place for Archibald in the scratch race behind Ireland’s Emily Kay briefly put Archibald in the overall lead of the league. But Valente’s triumph in the elimination race, where Archibald finished seventh, has allowed the US rider to bounce back with a vengeance.

“In the elimination race, there’s not actually that much strategy involved because you can’t get out,” Valente said afterwards. “Even if you’re trying to recover, you can’t get your heart rate down, you still have to be pretty active in the bike race and present at each moment. You can’t control what anyone else does and I think I rode pretty similar to how I have been riding.”

“I think I can look at my own performance and take the positives and negatives away from any race. The scoreboard shows [I’m] first but I think there are positive and negatives from today as in previous rounds.”

Now eight points behind, Archibald admitted that her chances of overhauling the American in the final round on Saturday evening were “not good”. Kay, though, was ecstatic at a scratch race win that had all the feel of a comeback.

“It’s huge for me,” she said. “I stepped away from the sport for a while and came back and tried to find form. I crashed at the Olympics and it didn’t go well for me. So I think I’ve been searching for a result that I can be proud of. It’s the best in the world here and you can’t not be happy with that result. I’ve been chasing it for a while.”

In the other two categories, Mathilde Gros of France and Claudio Imhof of Switzerland retained their respective leads in the women’s sprint and men’s endurance leagues on the first of London’s two back-to-back nights. Imhof is in no way certain of success, as Spain’s Sebastian Mora turned in a strong ride in the scratch behind Will Perrett of Great Britain to finish fourth and move up to two points behind the Swiss racer overall.

Perrett’s victory was the only win for a local rider on Friday evening whose first win of the season came in front of a home crowd and with his family watching too.

“It couldn’t have gone better. I knew going into the race that I need to take the lap. I’m more of a bunch race rider, an aerobic rider, I’m not a sprinter. There are some incredibly fast sprinters in there and if you take them to the line, they will beat you. That’s how it works,” Perrett said afterwards.

“But they don’t have the energy I have, or most of them don’t. I was hanging close to the back at the start, not doing too much work, and when the moment came, I went. There is no point doing it half-heartedly otherwise you just lose energy.”

In the other events Steffie van der Peet (Netherlands) took the women’s keirin for a second time,  Ukraine racer Olena Starikova was superior to overall leader Gros in the women’s’ sprint and Gavin Hoover (USA) won the men’s elimination.

The UCI Track Champions League concludes this Saturday with the last of its back-to-back rounds at the Lee Valley VeloPark in London.

Lack of balance in Mumbai Indians