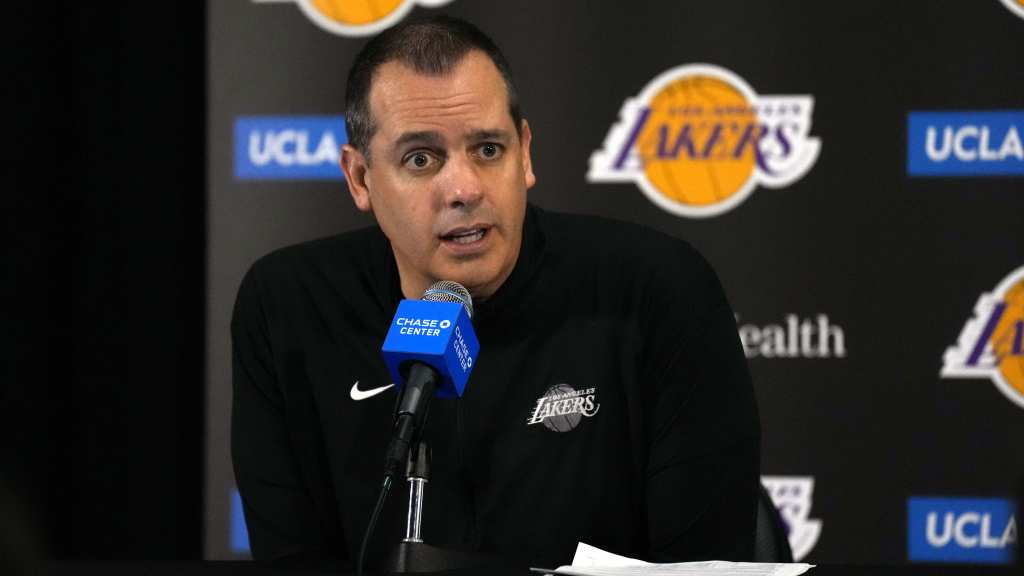 The Lakers really could not have handled Frank Vogel’s firing any worse.

While it was obvious that the Lakers were going to part ways with Vogel after a disappointing 2021-22 season and missed playoff appearance, the team clearly could have treated Vogel better. On Sunday, team sources were already leaking to reporters about Vogel’s firing before Vogel even had his postgame press conference. On Monday, the Lakers did indeed go through with Vogel’s dismissal.

But man, even the tweet they used to announced the news was so strange.

The official Lakers Twitter account first tweet a “Thank you, Coach’ graphic of Vogel holding the Larry O’Brien Trophy from the team’s 2020 championship. They let that tweet sit there with no context for three minutes before posting the “Oh yeah, we fired that guy” statement.

First, it was this: 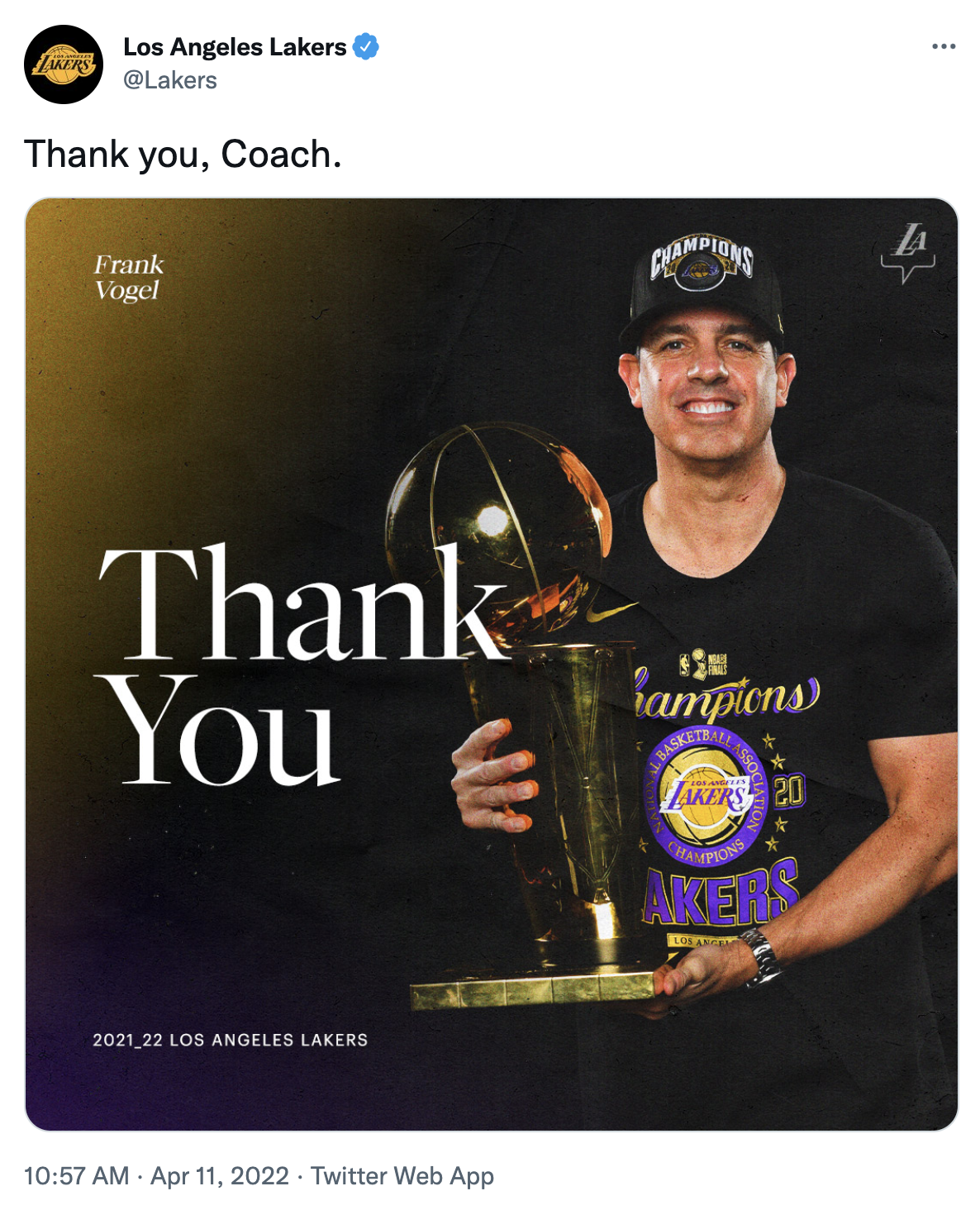 I don’t think Vogel would appreciate a “Thank you, Coach” graphic as a prelude to his dismissal, but the Lakers really haven’t taken Vogel’s feelings into account this entire time. So, it’s not really a surprise that the team couldn’t even get a tweet right.

Still, NBA fans went ahead with roasting the Lakers for that weird tweet.

When you’re getting blamed for the failings of a deeply flawed roster, I guess they have to show their appreciation.