Mac Jones toward his Patriots coaches: ‘Throw the [expletive] ball’ 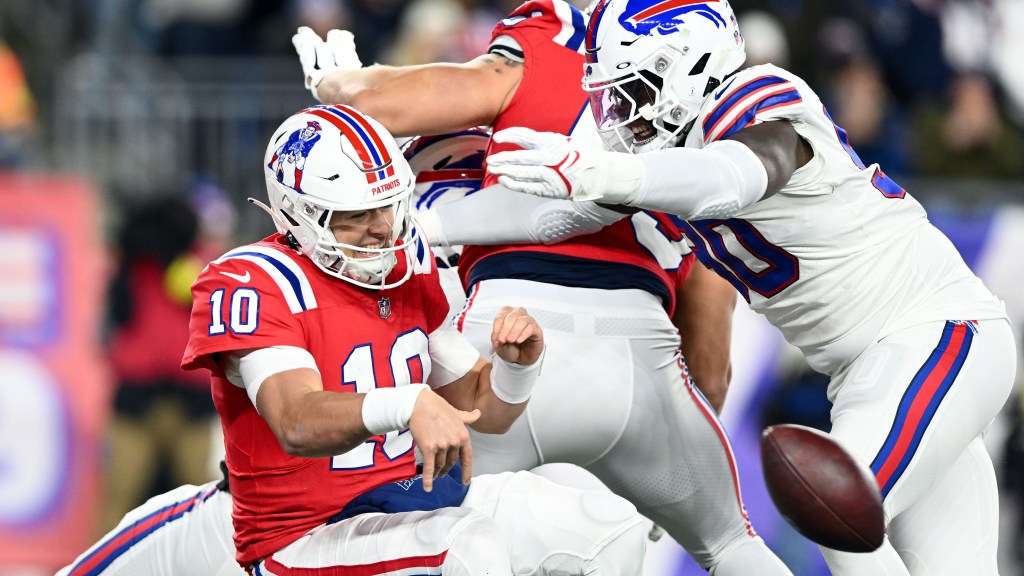 Jones followed that up by saying something — possibly the “short game” or “quick game” — [expletive] “sucks.” While some internet sleuths suggested he was throwing his run game under the bus, that wouldn’t make much sense. Rhamondre Stevenson ran the ball 10 times for 54 yards. That 5.4 yard per touch average was more efficient than Jones’ passing attack; 37 New England dropbacks resulted in 182 net yards (4.9 per non-scramble passing play).

Frustration with the short or quick passing game, however, would be much more reasonable. The Bills are relatively vulnerable, compared to the rest of their defense, across an injury depleted secondary. Despite this, Jones completed exactly one pass that traveled more than 10 yards downfield. 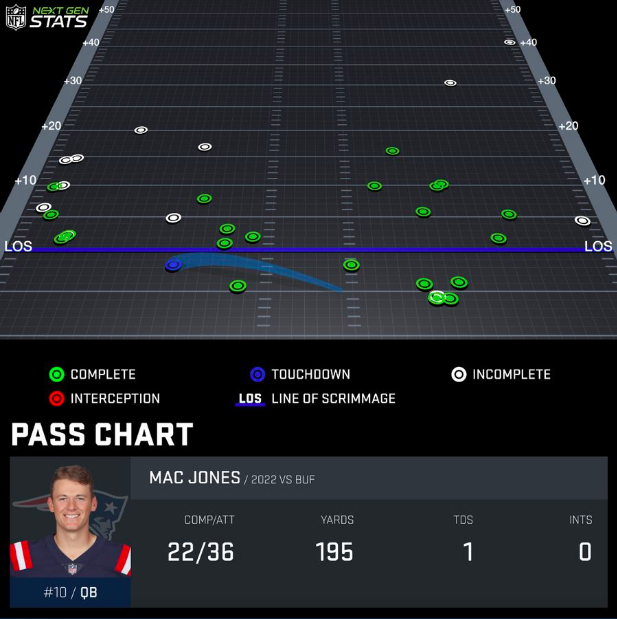 Jones pointed out the quick game was a big part of the team’s game plan leading up to Thursday’s loss. He also pointed out how it didn’t work.

Mac Jones said the #Patriots game plan was to run more quick-game concepts to force the #Bills defense to tackle their skill players. Buffalo’s defense has struggled tackling this season, so the Pats wanted to expose it. Didn’t execute well.

Despite this — and despite the Bills building a two-possession lead in the second quarter — New England stuck to the plan. While Jones didn’t explicitly address the outburst caught on camera, he did appear to confirm his issue was more with the play calling than any of his teammates on the field.

Mac Jones seems to clarify he said the “quick game sucks” in that video during his postgame comments. Said they were playing from behind and he wanted them to go downfield more. Wanted to provide a spark at a low point for the team but could’ve kept his emotions together better.

Who deserves the blame there? Is it Jones, whose average target distance has actually decreased (from eight yards to 7.8) in his second season as a pro and has completed only 15 of 38 (39.5 percent) deep pass attempts? Or is it on Patricia and Joe Judge, the former Patriots assistants turned failed head coaches who have returned to the fold in 2022 and been unable to generate meaningful change in the offense?

Either way, Jones voiced his displeasure as the Bills extended their recent dominance over New England and threw the Pats’ playoff hopes into doubt. Jones hasn’t been able to improve on a better-than-expected rookie campaign and was effectively a non-factor in prime time. It’s easy to see how that frustration could build at the tail end of a beatdown. The question now is whether or not Jones and his offensive coaching staff have the chops to do something about it over the final five weeks of the regular season. 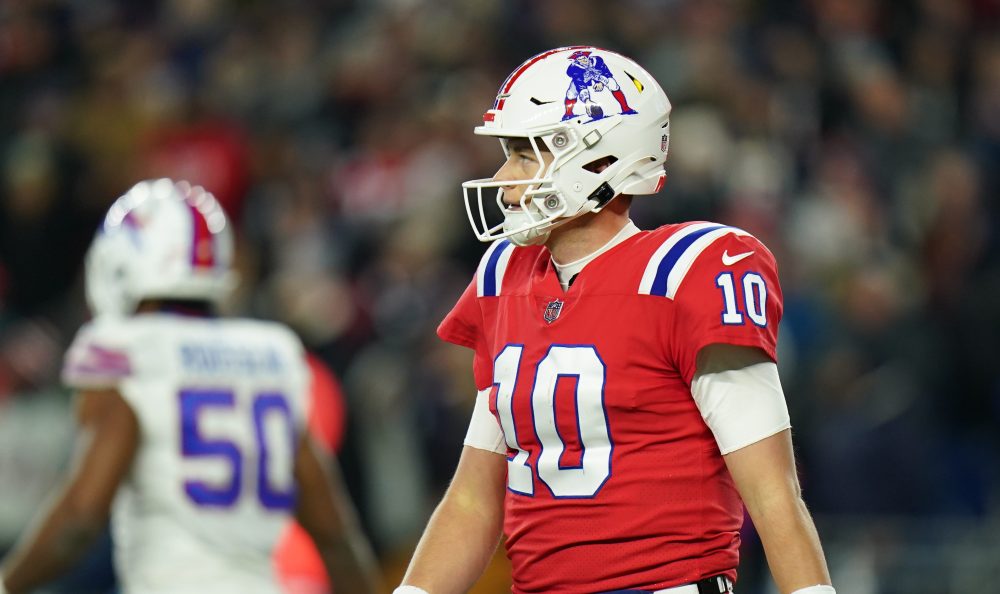 Appalachian State pulls out a miracle win over Troy as they...