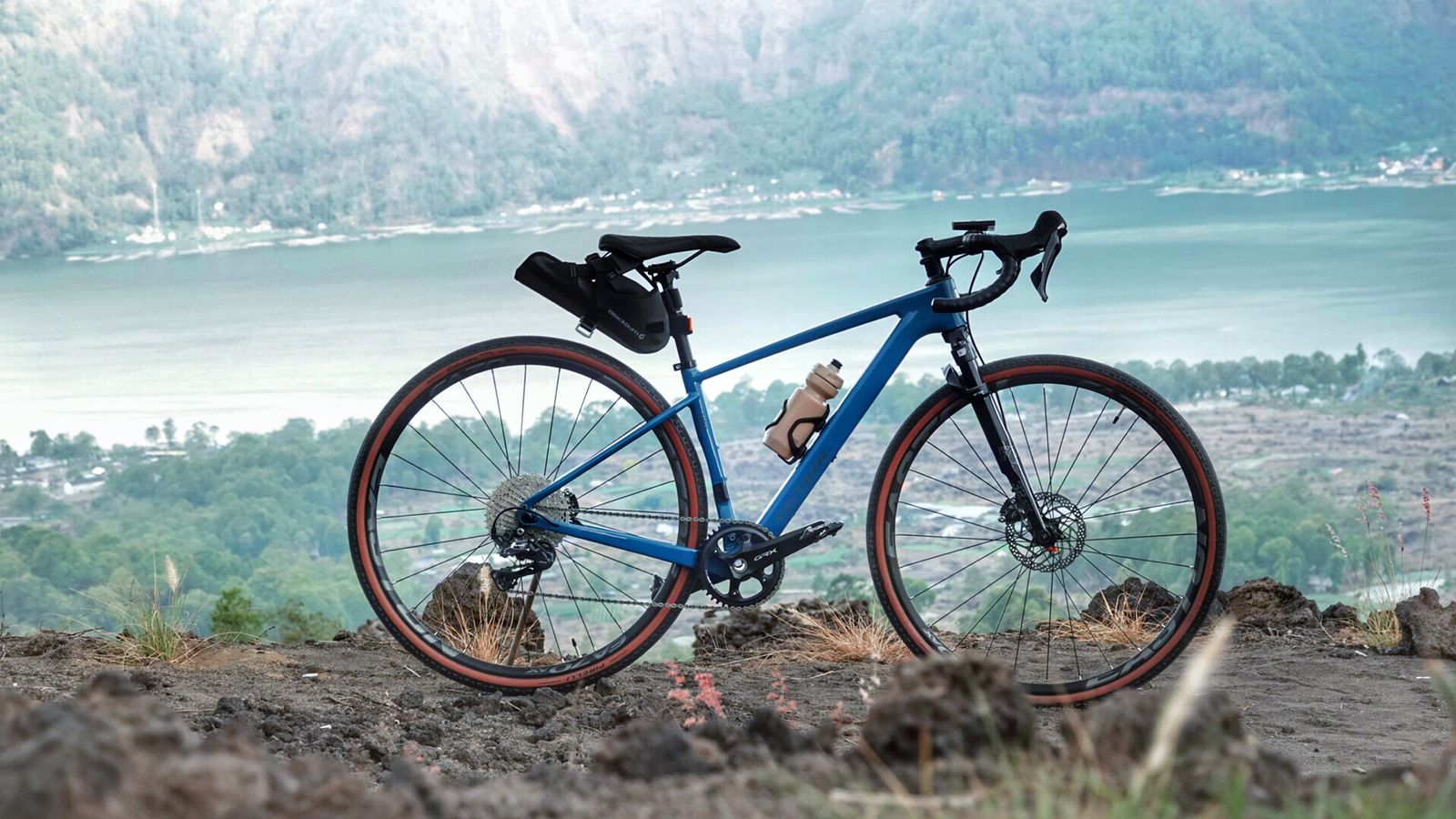 Thanks to teasers by riders like Geoff Kabush, we’ve known this was coming. But what we didn’t expect, was for Patrol to release one of the first bikes with the new AX gravel fork before Fox officially announced it (and before Fox renamed it the 32 Taper Cast). That seems to be exactly what has happened with the announcement of the new Patrol CG700 gravel bike back in November. However, we had already agreed to an embargo on the Fox 32 Taper Cast gravel fork, which meant waiting to post the new Patrol bike until now… 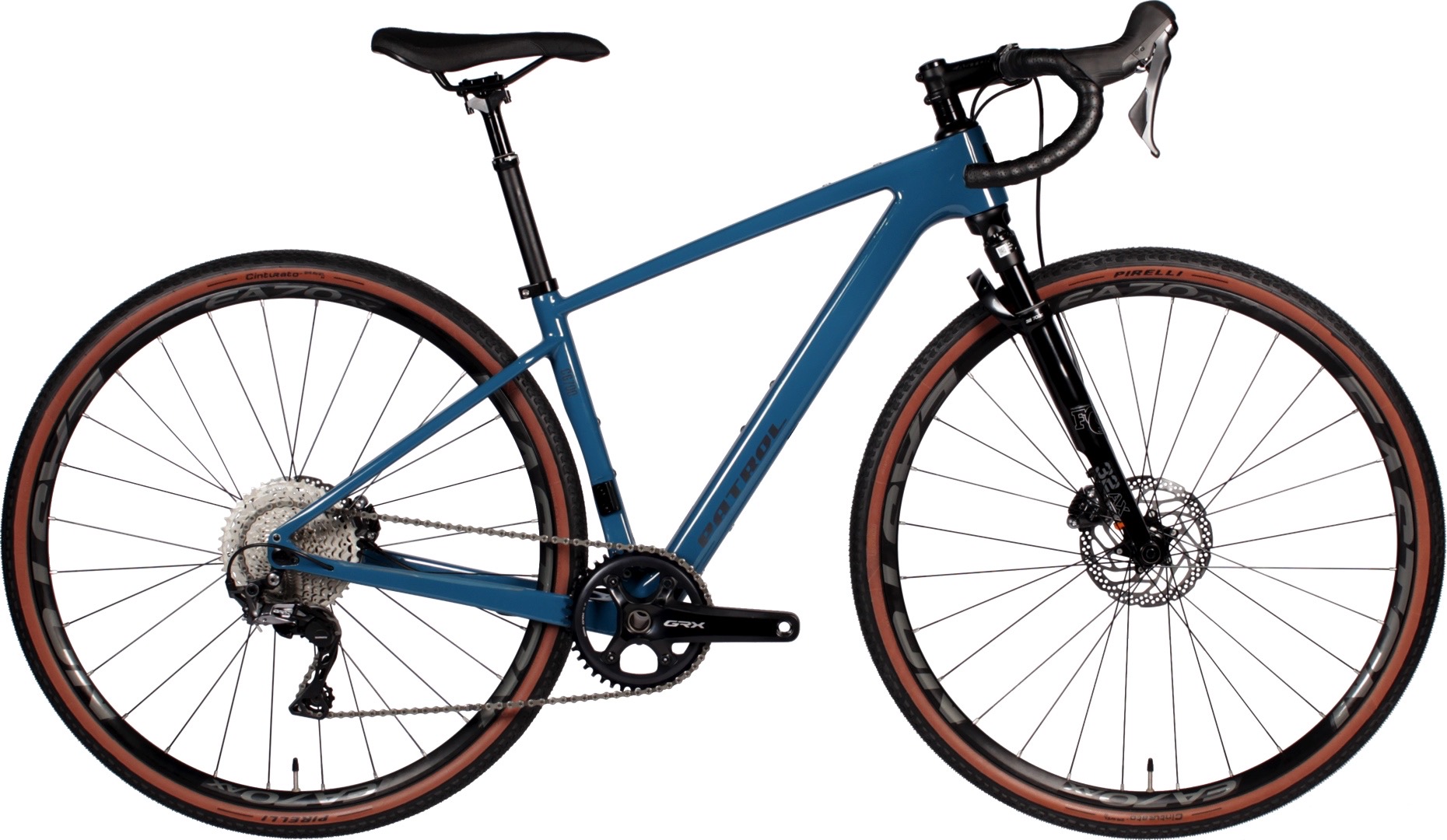 For Patrol, the inclusion of the new 32 TC suspension fork makes a lot of sense. The Indonesian company focuses mostly on mountain bikes, so the addition of a gravel bike with MTB DNA seems like a perfect match.

The carbon frame is suspension corrected for the Fox 32 TC which in this case is set at 40mm of travel. You’ll also find internal cable routing through the upper headset cap including an internally routed dropper post. There are only two builds of the CG700 that will be offered and both include a Fox Transfer SL dropper post in 27.2mm diameter.

Maximum tire clearance isn’t listed (we’re checking on it), but the bikes will ship with 700c x 40mm Pirelli Cinturato tires on Easton AX gravel wheels. Frame specs are limited but we do know that the frame uses Boost 148 x 12mm spacing, and appears to have a front derailleur hanger even though both models are 1x. 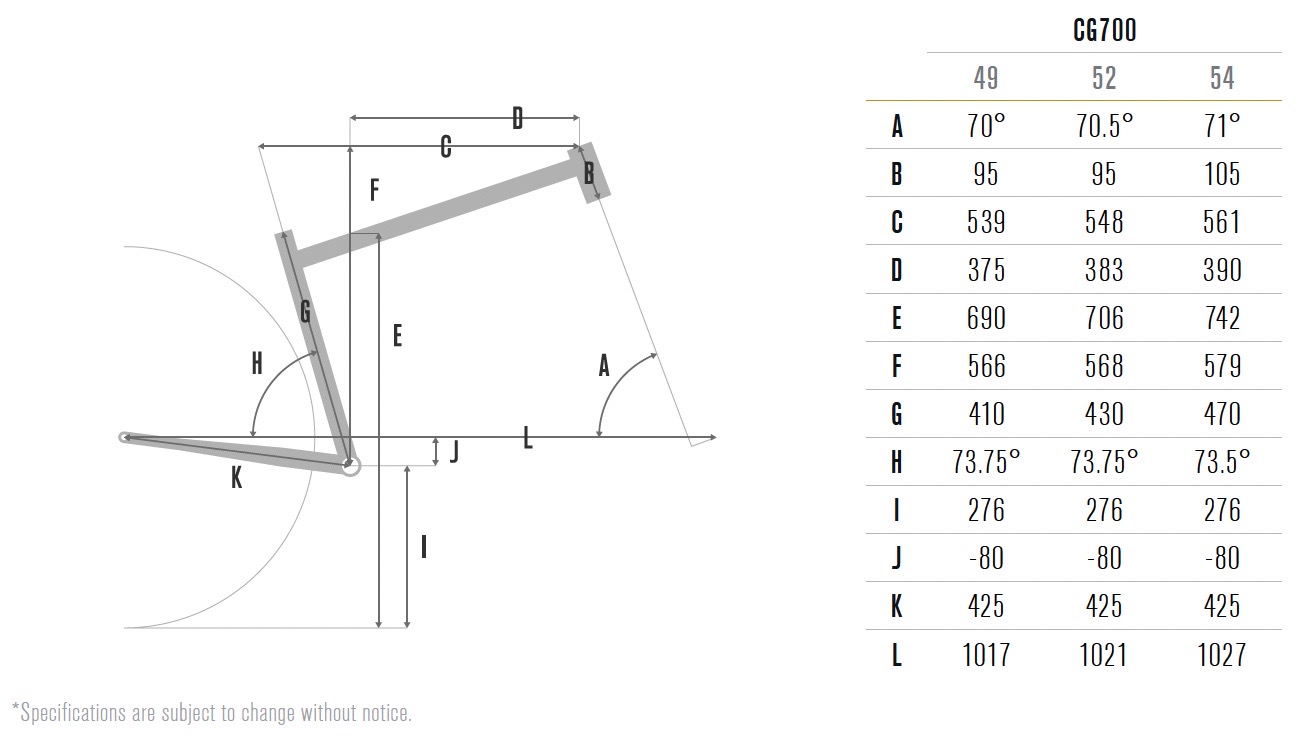 At launch, the sizing will be limited to just 49, 52, and 54cm frames though 56 and 58cm frames will be offered at a later date. When it comes to geometry for this category, it seems to vary greatly from bike to bike as companies build around different fork platforms. The CG700 uses a 73.75° seat tube angle, 70-71° head tube angle, moderate reach numbers, and a relatively large 80mm bottom bracket drop. 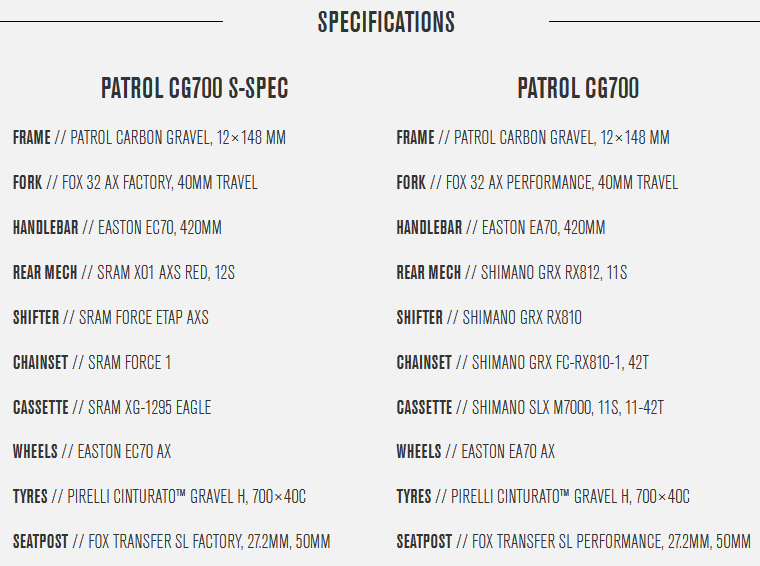 Pricing and availability aren’t released yet but there will be two versions, the CG700 and high-end CG700 S-Spec with SRAM AXS eTap and a mullet build with Force & Eagle.

Evenepoel: I couldn’t do anything more against ‘idol’ Roglic in Itzulia...

End of UK lockdown may mean a rise in bike thefts...