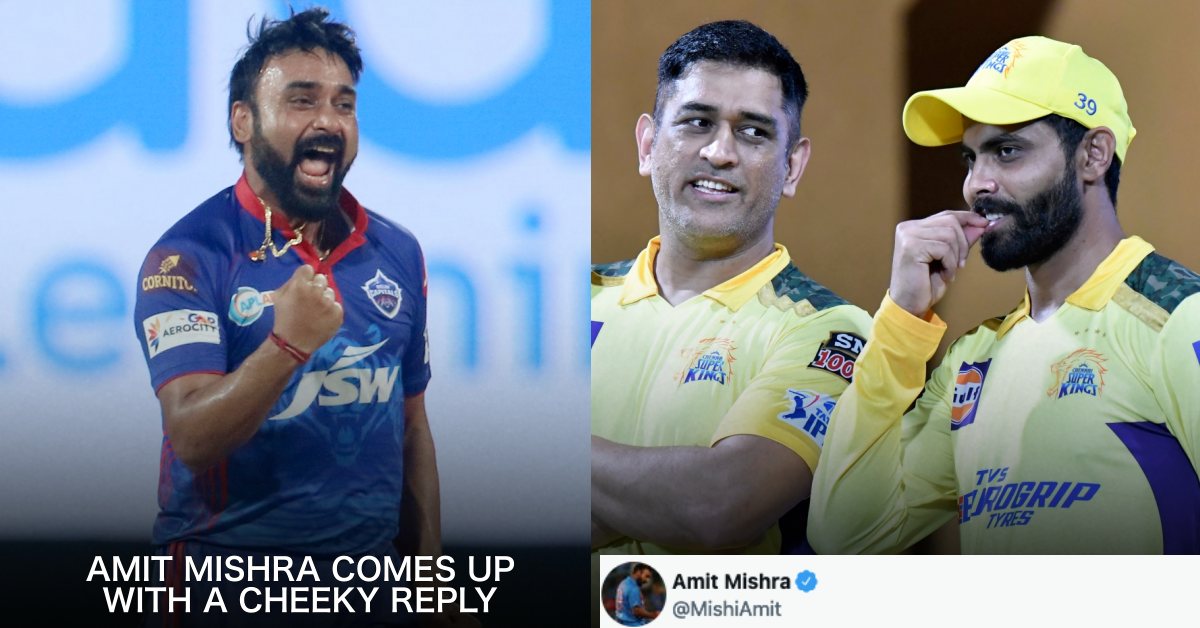 Former Indian cricketer Amit Mishra went unsold in the IPL 2022 mega auction. He is one of the most successful bowlers in the history of the league, coming in at No. 3 in the all-time wicket-takers list.

However, he couldn’t bag a contract in the auction and will not be playing in the league. This hurt his fans with one of them asking him to join the Chennai Super Kings (CSK) franchise.

In response, Mishra cheekily said that he is still too young to join the Yellow Brigade. His reply comes on the back of Chennai’s well-known strategy to go for players over the age of 30.

Mishra’s IPL career may have come to an end after he went unsold. Nevertheless, his records will live on in the history of the IPL. He is the only bowler to take 3 hat tricks in the league. The leggie has also taken 166 wickets in 15 matches for four franchises from IPL 2008-2021.

Meanwhile, CSK has gotten off to a poor start in the league stage. They’ve lost their first 3 games in the new season and has failed to address its bowling woes which has taken a hit due to the absence of Deepak Chahar.

Chahar was bought for INR 14 crores but he sustained a hamstring injury while playing for India against West Indies and has been missing in action ever since.

The Good Days with Eddie Reynolds & Kona has some serious...

Three-ball picks for the opening round at Augusta