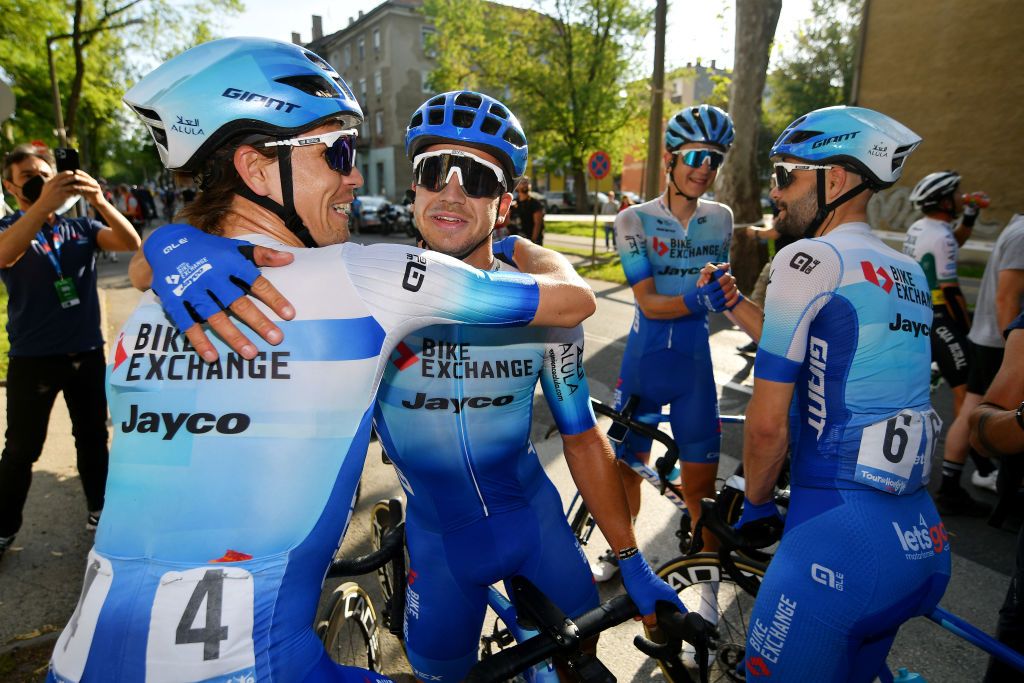 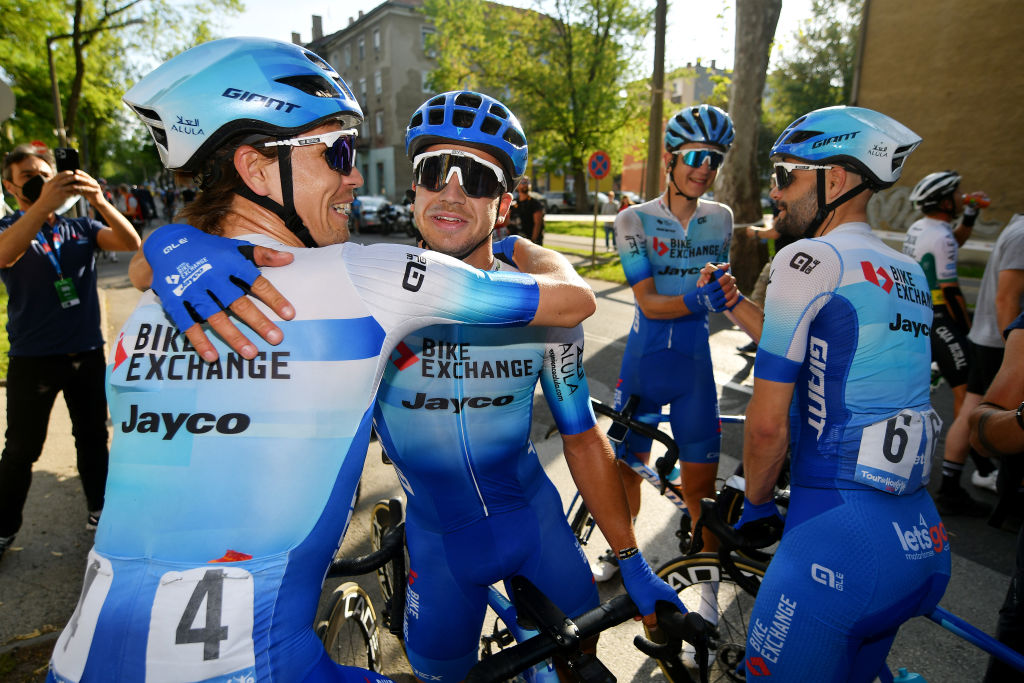 The late signing of Dylan Groenewegen for 2022 helped turn the fortunes of Team BikeExchange-Jayco this season, with the Dutch sprinter quickly helping build the flagging win tally, and as the team confirms its roster for 2023 it has made clear that a big part of their plan for the year ahead is to capitalise on that sprint momentum.

Groenewegen – who in 2021 returned from a nine-month suspension after sparking Fabio Jakobsen’s crash at the 2020 Tour de Pologne – came a long way to building back toward his most powerful form this season, netting seven wins, including a Tour de France stage. For the season ahead, he’ll also have a strengthened sprint leadout to help him on the way.

“We have enjoyed seeing the team step up and challenge for sprint victories throughout the entire season and how the lead-out train has improved to become one of the best in the world,” general manager Brent Copeland said..” It was very important to continue with this momentum, we’ve put a lot of work and resources into our sprint team, and we believe the new riders we have joining the team next year will really help to boost us in this area.

“We have big ambitions for sprint finishes in 2023.”

Through its 11 year history the Australian based team has been home to a number of powerful sprinters, including Baden Cooke, Robbie McEwen, Stuart O’Grady, Caleb Ewan and Michael Matthews, who has now returned to the team but as a more versatile rider rather than bunch sprinter. However, with the addition of Groenewegen it has added another who can regularly find his way to the front in a dash of the fastest riders in the peloton toward the line. T

he team had already started down this path of further strengthening its sprint leadout  during the season as, while BikeExchange-Jayco may be losing rising fast finisher Kaden Groves to Alpecin-Deceuninck this season, it added Dutch rider Elmar Reinders in August. The team also signed 22-year-old Australian Blake Quick as another powerful leadout link, as well as a rider who has considerable promise for the future.

However, that doesn’t mean abandoning the general classification targets, with 2018 Vuelta a España winner Simon Yates the clear team leader in this area and also the biggest contributor to the team’s 2022 win tally of 22, netting eight victories – one more than Groenewegen.

“Winning stage races is a big goal for us as an organisation and we are thrilled to have such diverse and talented riders joining us next year that will be able to support our leaders in stage races, from the high mountains to keeping safe and protected on the flat throughout Grand Tours,” said Copeland.

Change on the horizon for Annemiek van Vleuten

How Did Warnie Convince Us That Leg Spin Was A Good...

IPL 2022: Rishabh Pant Is Very Hilarious Behind The Stumps: Axar...

RR vs GT: Revealed – Why Trent Boult Is Not Included...

The Good Days with Eddie Reynolds & Kona has some serious...